Calendars in BuildMaster are a customizable way to present data that is most relevant to you. Individuals and teams will define what is most important for them to see, which is why Calendars offers Global, Team, and Personal Calendars.

In this tutorial we’ll create a calendar to keep track of when we expect applications to be released, and then modify it to automatically add deployments so that we can see when applications get released to a specific environment.

Click on the Calendars icon in top right of your screen.

Click on Create Calendar. We’ll name this calendar ‘Releases’ since it will be used to plan and track application releases. We’ll also set the visibility to Global so that everyone who uses BuildMaster can view this calendar. BuildMaster Calendars that will be used for more individualized needs can be created with Team or Personal visibility. Control of creating, and editing, Calendars can be assigned by the creator of a shared calendar.

The calendar now exists but doesn’t have any associated views. To add a view click the button Create View. We’ll name it ‘Target’ – and set a custom color (green), and select ‘Release target dates’. Now any application that has a target release date will show in our calendar in green. 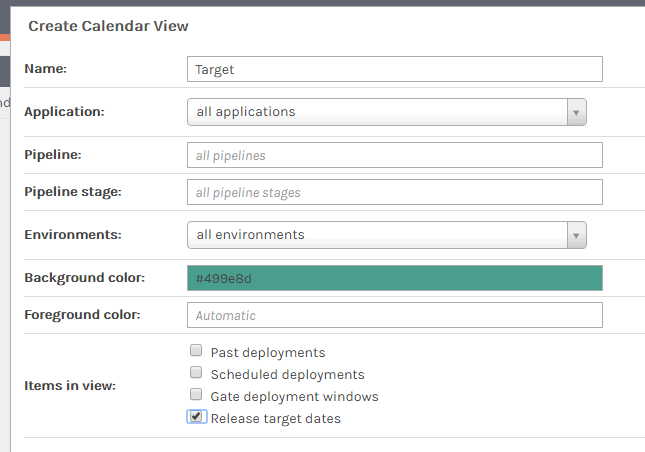 These visual markers can be helpful when doing release planning since often specific releases depend on another application being released first.

As an example, assume there are two applications maintained by two different teams. One application called CoreApp, and one called CorePlus. CorePlus is an independent application but is built on top of CoreApp.

In this scenario CorePlus could never be released before CoreApp. Calendars in BuildMaster allows everyone to see when CoreApp is scheduled to be released, and plan for CorePlus to be released after.

If CoreApp 2.5.6 is almost ready to be released we can create a Target Date for that release so that it will show up on the Calendar.

Simply select create on the Target Dates line of the release overview, and enter in the dates during which we think the application should be released.

If we go to Calendars now we’ll see: 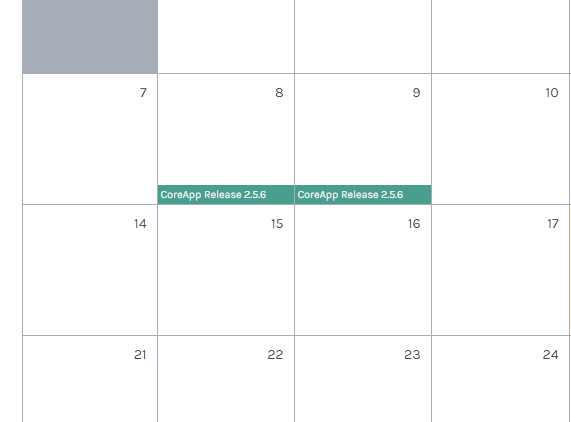 Now the CorePlus team knows when CoreApp should be released, and they can plan for their release to occur after. 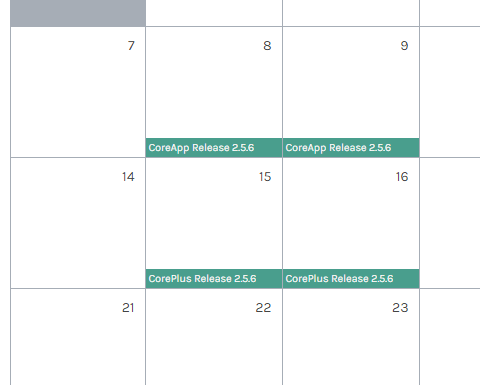 This example shows how a team might use Calendars in BuildMaster to help with their release planning and road-mapping.

This type of planning is also extremely useful if a specific environment in an application’s release pipeline needs a lot of infrastructure for testing. Whenever that application is in that testing stage nothing else should be. By marking that information on a BuildMaster Calendar it allows other teams to know that infrastructure won’t be as available during those days.

Step 3: Adding Releases to the Calendar

Another helpful feature that can be added to the calendar we just created is tracking successful releases.

At the bottom of the calendar there is a legend with a manage views option. Click Manage Views > Create View 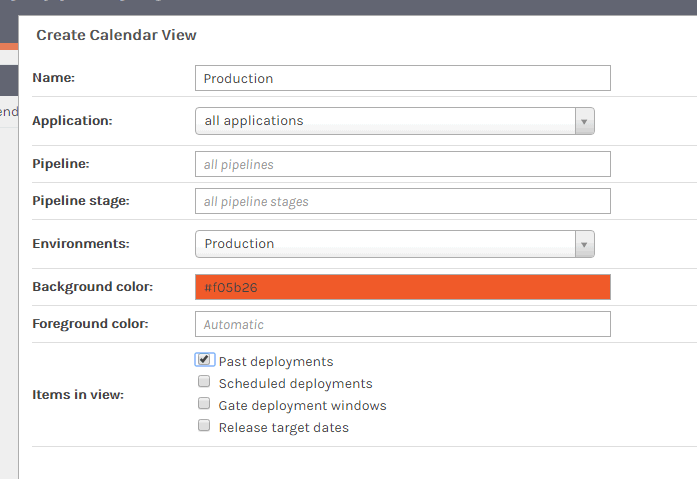 Once running this view will log when all applications are released to their Production stage.

We now see that while CoreApp was released right on schedule, CorePlus was more than a day outside of its planned release window. This minor delay can be quite common, and could be as simple as the lead developer pushing back the release because of an illness.

However, this allows for long term tracking that can help show patterns of teams successfully hitting there planned dates, or teams missing meaning their Project Managers need to reassess time lines or dedicate more resources to these teams to achieve success.

BuildMaster Calendars, by their very nature, are flexible, informative, and an extremely quick way to find out information that is important to you. Every organization, and team within that organization will find the best ways to communicate what is most important in their customized calendars.