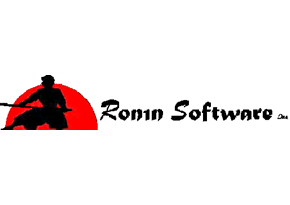 100% Segregation of Duties Between Development and Operations Teams

“We weren’t jumping around between two and three different places. We weren’t going from Excel spreadsheets to this or that. The auditors pick a work item, and then we track it through. As soon as it gets into BuildMaster, we can track it all the way through to Production and tell them all the gates they want to know about.”
~ Jody Dorchester, Senior Partner, Ronin Software

Tightly regulated provincial governmental agencies contract with Ronin Software for help removing impediments to the release velocity of Agile development teams caused by their Operations departments. However, efficiency and speed is only one part of what Ronin must accomplish. Due to the responsibility, liability, and higher level of scrutiny attached to government services, Ronin must create faster pipelines without incurring any additional risk whatsoever.

“We’re trying to increase our cadence and do stuff rapidly while still following the rules.
We found BuildMaster hit all the notes for us.”
~ Jody Dorchester, Senior Partner, Ronin Software

Moreover, the government auditing process increases the pressure even further. Ronin needs more than a risk-free release; they need to provide auditors detailed records to answer every one of their work-item questions. But it can sometimes take days to collect information, a time-consuming process that pulls teams away from their core responsibilities.

Because of these constraints, Ronin needed a solution that would give them three things:

BuildMaster does all of that and in the 100% Microsoft environment government agencies often operate in.

To maintain full control over how changes move through testing and into production, Ronin uses BuildMaster’s strict gating functionality to ensure proper approvals and checks in the Operations pipeline. This maintains a 100% segregation of duties between Development and Operations teams, so the developers authoring the pipelines are completely separated from the Operations people doing the deployments.

In other words, it’s impossible for a developer to release a change into Production. The entire automation process is 100% risk-free.

“We can’t embed Operators on every Agile team, but we can have them all use the same scripting and process. And if they are doing that, Auditors are happy, and the organization is getting increase released velocity.”
~ Jody Dorchester, Senior Partner, Ronin Software

This absolute segregation allows Ronin to automate everything in the UAT/Production portion of the pipeline. Operations teams no longer handle deployments on a day-to-day basis. Instead, they exclusively build the deployment scripts and hand them off to the Development teams to execute.

The automated scripts Ronin produces then provides a cascade of value to the organization without any human intervention. BuildMaster allows Ronin to:

In addition, BuildMaster records every work item that goes through the automation pipelines. When the yearly audit on the beginning-to-end change process comes around, Ronin has full visibility into all release histories throughout the year and can quickly answer auditors’ questions via a single-screen dashboard, including:

What used to take several days of gathering information by multiple people now takes a few clicks of a mouse.

“The auditor would go, ‘Here’s the work item and the version we’re worried about,’ and people would go and gather information on it and come back. We had an automated system we tracked stuff with, but there were manual pieces, and we had to gather information from more than one spot. Now, everything we need is on the main BuildMaster screen.”
~ Jody Dorchester, Senior Partner, Ronin Software

Watch an interview with Jody Dorchester to hear, in his own words, how BuildMaster delivers risk-free deployment in a governmental environment. Watch his InedoCon session and keynote to get even more details about implementing microservices while maintaining compliance in tightly regulated situations.

Inedo DevOps tools maximize developer time, minimize release risk, and empower stakeholders to bring their vision to life faster. All with the people and technology you have right now.